How Flowers Changed the World

Spring is here again in the Sierra Foothills, and cannot be suppressed even by a sudden drop in temperature and snow dusting the hills for a few early morning hours yesterday. I long for Spring during all the other seasons, and as it bursts forth, I succumb to a huge “weed” burden on my foot paths and meadow edges around my house.

Weeds are just notions in our minds, after all, and I do hate to pluck to death those brave plants who want to live where I want to walk. Start anywhere, I tell myself, compost the weeds, invite them to be reborn into wildflowers.  I transplant the non-weeds—the poppies, the purple alyssum, the love-in-the-mist, the bush lupine seedlings, the rose campion (all derived by original plants and seeds given to me by Marion Gray in the late 1970’s), the sacred native white sage and the black sage, the mountain mahogany (I have four of these sprouted near my front door right now), tons of Spanish lavender, and purple violets, which have popped up in the path instead of the garden beds.

And when the weeding becomes just too much to bear, there is always photographing blossoms for future art works, and pressing flowers and leaves in old phone books for flower mandalas or swirled in handmade paper pulp.

Or, I  just sit, doing absolutely nothing, except sniffing the air for the first waft of the intoxicating scent of the ceonothus, wild native lilac (already one lilac bush is in bloom with its tiny white blossoms) at the meadow’s edge.

“Flowers changed the face of the planet. Without them, the world we know—even man himself—would never have existed. Francis Thompson, the English poet, once wrote that one could not pluck a flower without troubling a star. Intuitively he had sensed like a naturalist the enormous interlinked complexity of life. Today we know that the appearance of the flowers contained also the equally mystifying emergence of man.” from the essay by Loren Eiseley called “How Flowers Changed the World”. 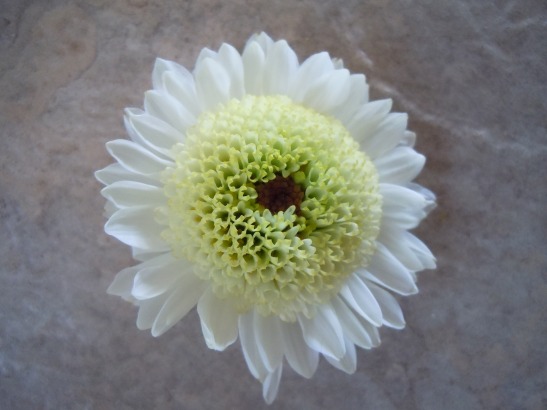 This entry was posted on February 27, 2011 by Elsah in Nature and tagged mandala, wildflowers. 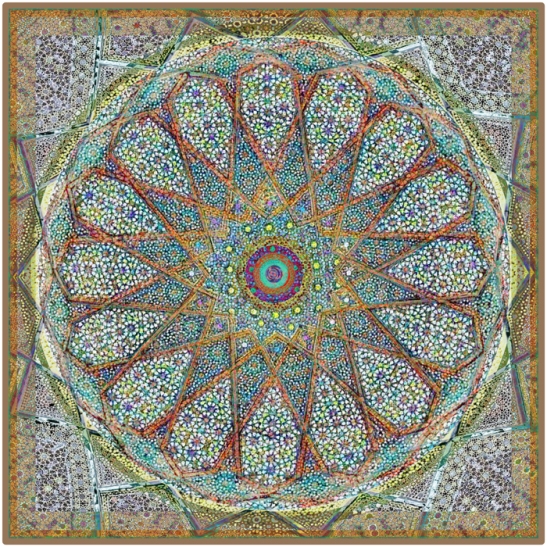